These kind contributors were asked for comment but not influenced as to what to say and they submit their comments totally voluntarily.

Thank you so much for your informative email. I'm sorry you had those ridiculous issues with SPARK. What a disgrace. I hope there are consequences. This could have resulted in loss of life.
I, for one, really appreciate your notifications/emails and always watch for, and take heed, of them.
Thanks for your service.

Lert Info has spent a number of years getting this ready for the general public. Fantastic service and for the minimal cost per year well worth the peace of mind the service offer's.
Have a look :)

Waitaki District sustained a short duration heavy rain event during November 2012 that generated significant surface flooding on roads in the district.
An early advice to Lert Info from Waitaki Emergency Management ensured that the safety messages could be sent out to motorists to be careful with the hazardous conditions. The information we provided was texted out to Lert Info recipients within five minutes of us advising Lert. Well done! 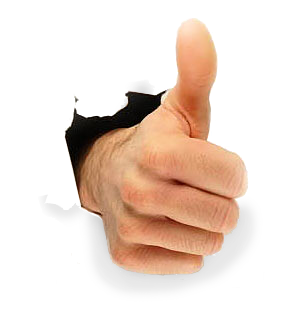 Got e-mail and txt - great service and hugely accurate.

"Would like to do a big shout out to you all, love your updates especially the txt updates!
Best service ever."
– Grada

I have been with Lert Info since their start 2 years ago and wouldn't be without them. Txt messages are far superior than just getting e-mails, which they also send, because I read my Txts immediately.

On many occasions they have sent me alerts for strong winds on the Rimutaka Hill Road which I travel often. These have also been great for elderly friends of mine who are nervous going over that road, as they often delay their trip.

Thanks for this superb service. I recommend it!

I travel in my job all over the South island and in doing so travel the Mountain passes- Lewis, Arthurs, Porters and the Crown Range. Your alerts have frequently given me a good warning of changes in weather, road conditions and other information. I have been able to get home rather than stuck/trapped somewhere on the road or have changed my travel plans to accommodate changes that you guys have made me aware of. For instance I travelled to the West Coast one day in rain that was extremely heavy and made driving difficult. On the way I noticed rivers getting quite high and lots of surface flooding. While on the Coast visiting clients I received a email from you advising of worsening adverse conditions and the possibility of the road closing later in the day. I made the decision to leave straight away and got through (albeit slowly) before the road was closed. I have recommended you to others and will continue to do so. Cheers!

Thank you Lert Info - Public Emergency Alerts, for injecting some rational thinking back into today's events.
(In relation to the M6 quake in Arthur's Pass 6-Jan-2015)

LERT is a brilliant, unique and efficient warning system. LERT is the best National service we have in this country and they are precisely informative with up-to-date data coming directly to your mobile and/or email. Safety is essential and being informed is being warned. This should be a compulsory app for every txt capable mobile.

Lerts That Have Saved People and Property

Recently during very heavy rain, the Wanganui River bridge in the South Island suffered a washout. A tourist operator in Wanaka knew nothing about it till late that afternoon yet we had sent an alert at 11AM that morning. The operator wasn't on our service.

During the tornado situation in Auckland recently, we sent Lerts in advance for Waikato and Rotorua advising the weather system was heading their way. We were able to give approximate timeline as well.

Recent scrub fire in Rolleston just after Xmas - we sent Lerts to subscribers that wanted Rolleston information, advising some houses were being evacuated. Some of those residents may have been working in CHCH. We got information out faster than radio and directly to anyone on our service.

Stay Informed Around The World

Two subscribers were overseas last year when we sent Lerts to their suburbs. One subscriber was in the States and the other 3500M up a mountain in Peru.

When away from home, we will get information to you sooner
- so you can act before disaster strikes